This website or its third-party tools use cookies which are necessary to its functioning and required to improve your experience. By clicking the consent button, you agree to allow the site to use, collect and/or store cookies.
Please click the consent button to view this website.
I accept
Deny cookies Go Back
You are here: Home / Book Image / Follow My Book Launch: February Progress! 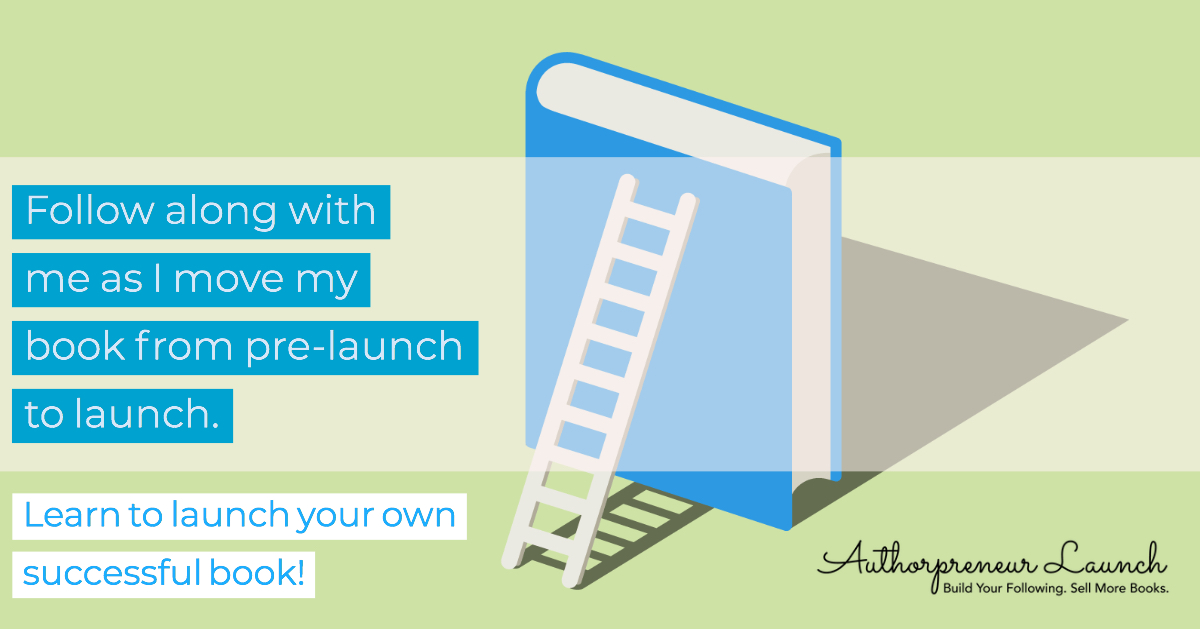 In January I invited you to follow along with me as I move my book TOUGH: Women Who Survived Cancer from pre-launch to launch. In last month’s post, I shared some of the initial steps I was taking to get the project underway, including 1.) building my platform using Facebook ads, 2.) designing a Kickstarter campaign to help finance the book, and 3.) developing a pre-launch calendar that would move steadily, month-by-month, toward the Fall 2019 launch of the book.

Well, it’s February now. Whoa! Can you believe it? And this month (month #2) I’ve continued chipping away at the project. Today I want to share my progress and next steps with you. My hope is that authors following along with my pre-launch can use this information and strategy to market their own successful books.

During February, I’ve been working toward a couple of important goals.

1.) Designing A book jacket and planning for a big reveal
2.) Finishing a Kickstarter video and editing a list of rewards for supporters
3.) Continuing to build my platform with Facebook ads, a “giveaways” campaign, and a shiny new website ShareTriumph.com
4.) Looking at initial steps to secure future press for the book’s release

1.) Designing a book jacket Visuals are powerful. The importance of a good book cover cannot be overstated. If done right, your book’s dust jacket should capture the brilliance of the book underneath it. It will consist of some combination of succinct, compelling words and imagery and function like a billboard for your book that hooks readers.
When I set out to design a book jacket for TOUGH Women Who Survived Cancer I knew I wanted to incorporate elements of art and graphic design. My goal was to have a dust jacket that feels unfamiliar (yes, unfamiliar!) and inviting to potential readers and draws them into the work. So, I started thinking about my network. Who are the visual artists I know? Who knows them? How can we connect?

For the female silhouette illustrations, I called on my longtime friend and Illustrator for the Ann Arbor Observer Tabi Walters. For the cover layout, I worked with Matt Davies to help me get started with some ideas and artwork. I recommend Matt as well as three or four other illustrators to my book launch clients.

A few weeks ago, Matt sent me an initial look at the book cover. And I have to say: I LOVE what he designed! Here’s the reveal! 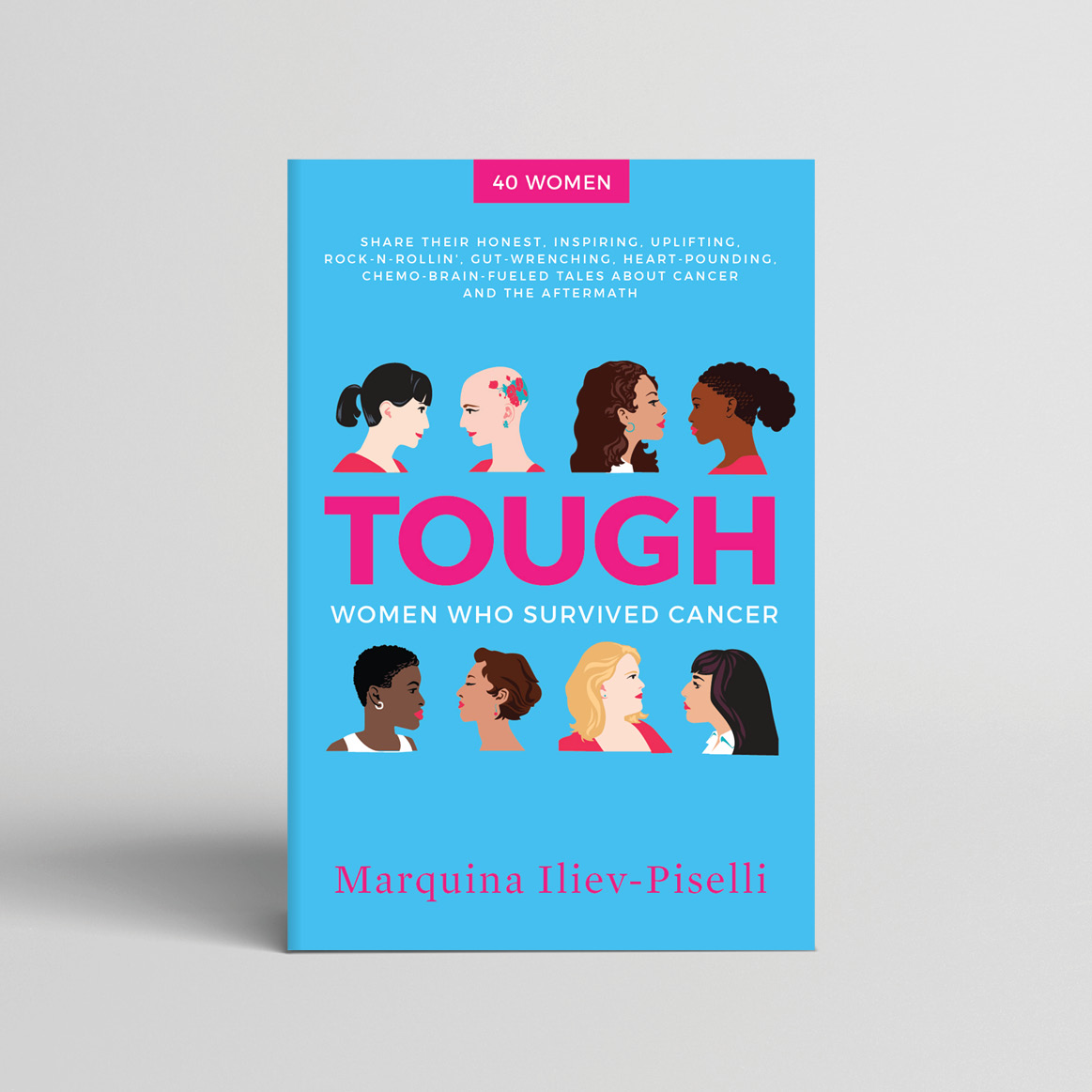 2.) Finishing the Kickstarter video and editing a list of rewards for supporters

Last time, I told you about the power of crowdfunding campaigns. In January, I began developing a Kickstarter campaign. My short-term goal is to use the fundraising platform to offset the costs of editing, artwork, and marketing, The larger goal is to build momentum, gain backers, and secure initial (i.e. future) book sales at launch.

Right now I have a solid draft of the TOUGH Kickstarter. Every day I’m continuing to edit it, looking at language, structure, and layout to make it as succinct and engaging as possible. Specifically, this month I’m completing two integral elements: the Kickstarter video and the Rewards Levels.

To create a video, I followed the same steps I took when commissioning a book cover. Remember to leverage your network, talk to people, email friends and strangers. Ask for introductions. Each of us have a creative community around us… we simply need to find it.

When seeking to shoot a promotional video for TOUGH, I hired Dennis Cahlo to film and edit a short video about the book. The goal was to have a personal and professional feel that would tell potential supporters about the project including:

A.) Who I am and who my team is
B.) What we’re planning to make (the book)
C.) Where the idea for the book came from
D.) My timeline for the Kickstarter
E.) A breakdown of the book’s budget
F.) Why I’m passionate about the project 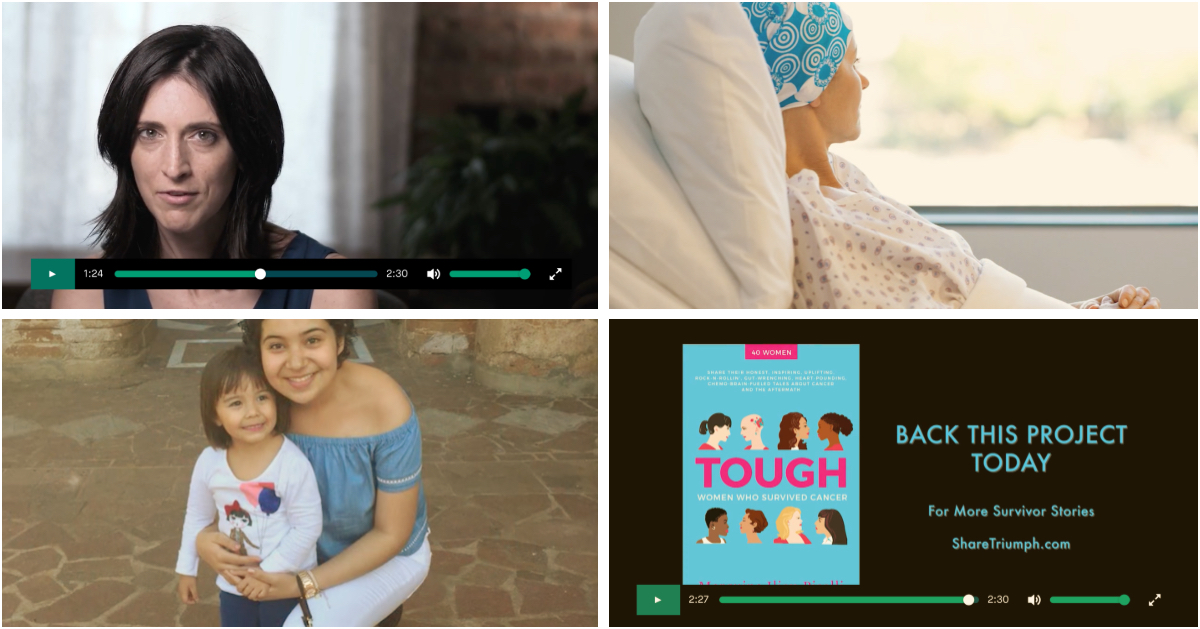 People back Kickstarters because they support what you’re doing. Along the way, many will want to feel like they’re getting a little something back. This is where rewards can be awesome. A few examples: you might give backers a copy of your book, souvenirs, experiences, or personalized work– anything to get them involved the process.

This month, I’ve been thinking a lot about what rewards I should offer, what I should not offer, what prices and range of rewards will appeal and make sense to backers.

What does this mean? Like writing a book, I developed some initial drafts of potential rewards for backers. Then, I showed that content to friends, edited, and re-wrote my rewards. Today, thanks to the input of some careful, trusted readers, I’m a lot closer to completing this portion of the Kickstarter. If you’re unfamiliar, here’s a quick screen grab of how rewards are written and appear in a Kickstarter. 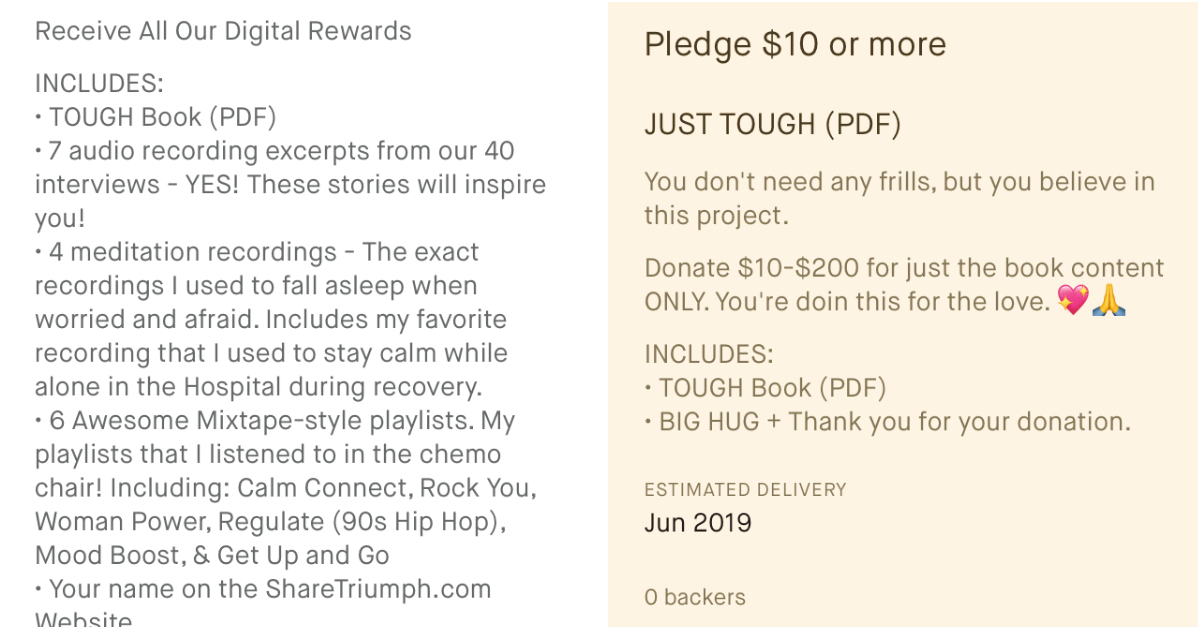 3.) Continuing to Build My Platform
As I mentioned in January’s post, I’ve been using Facebook ads and a “giveaways” campaign to help build and expand my platform. If you didn’t see it, look at my last post for screen grabs of what these ads look like, how they’re written, and can be utilized to help you find supporters.

Today, I’ll just update you with progress. As of February, I’ve added 785 new subscribers in my first month. What does that mean? If the trend continues until the book launch, I should have 4,200 new subscribers when the book hits the market. And those kinds of numbers give a book a fighting chance at selling in solid number!

In addition, I’ve launched a new site called ShareTriumph.com. This is the ‘hub’ where I share twice-weekly ‘triumph’ videos about cancer survivors, as well as having quotes, resources, merch, and a bit about my story. Jeff Blum with Squarebreaker designed the site and I absolutely LOVE it! It is bright and uplifting and shows my quirky side while also highlighting survivor stories and triumphs. 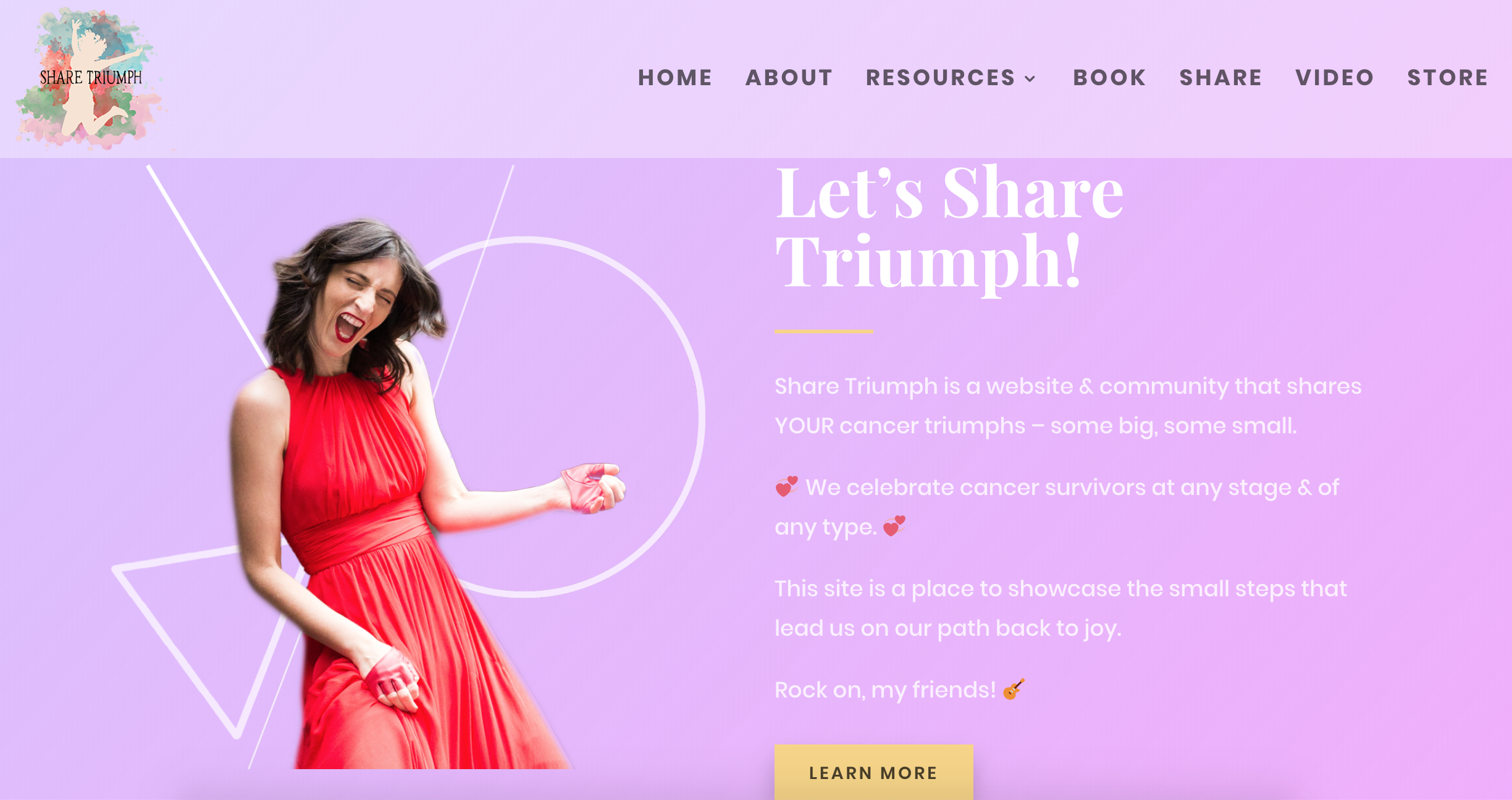 Finally, as previously mentioned, I’ve also begun a Giveaway. The goal here (as above) is to add subscribers to my list. To bring them in, my giveaway offers “freebies” like free Share Triumph t-shirts, coffee mugs, and pillows. And the tool is awesome because anyone entering to win books and prizes is automatically signed up for my newsletter. Translation: more potential book buyers!

Want to take a closer look at my Giveaway campaign? You can visit and view it through this link. 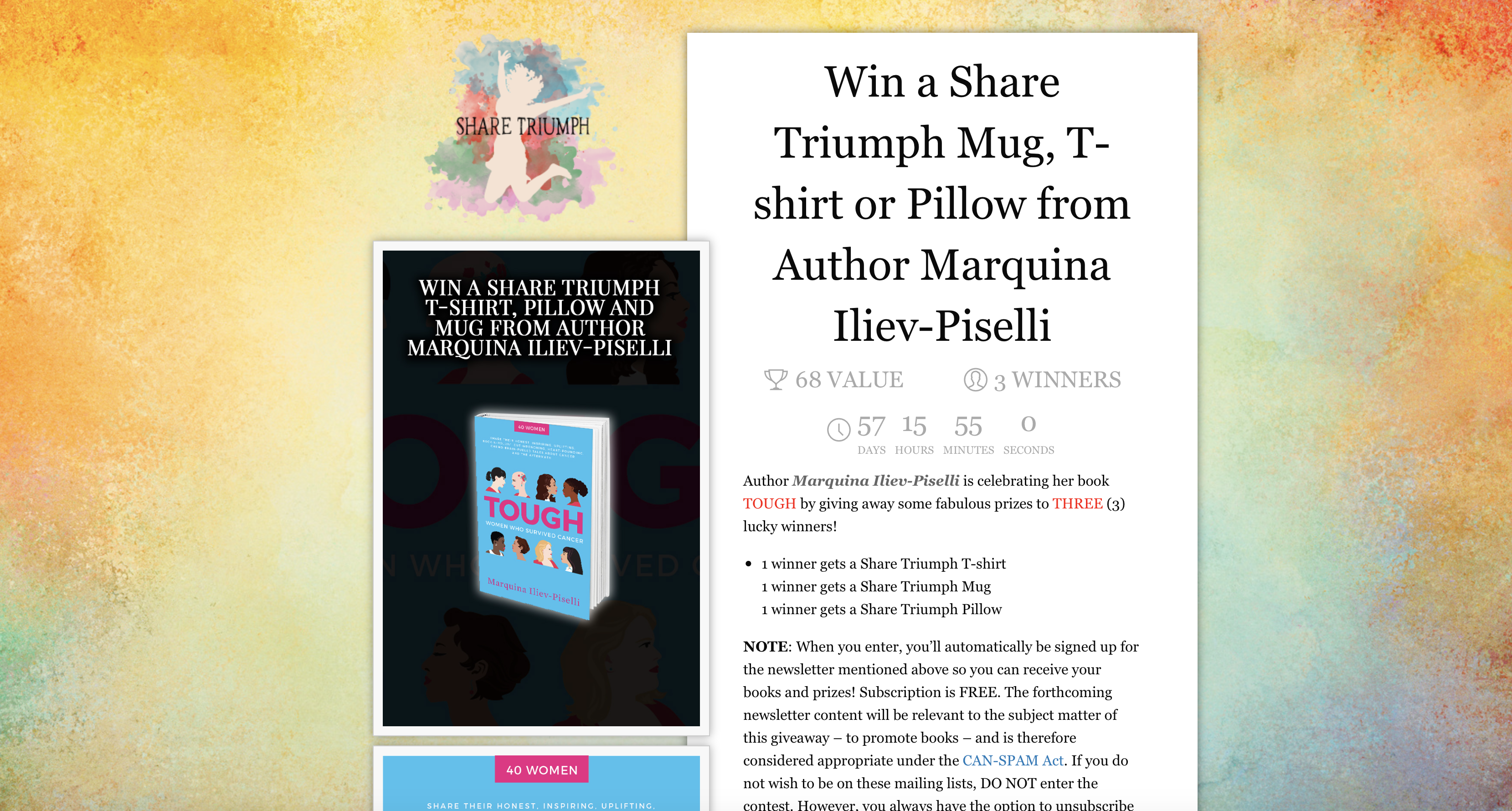 4.) Looking at initial steps to secure future press for the book’s release

This month I’ve been emailing my network to tell them about my Kickstarter and secure press for May. In a future post, I’ll share more about my book’s press release, including the text itself. But, for today, let me just tell you some basics about pressers and how they function.

A book announcement press release summarizes your book, shares how it’s awesome, and tells readers a little about the author. The point is PUBLICITY!

Here’s what I’ll be doing in the coming weeks and months with my own book announcement press release:

a.) Giving it to press, asking if I can send an advance copy of the book for review
b.) Giving it to press (without the book) through web-based press release distribution service like eReleases and PRWeb
c.) Giving it to bloggers
d.) Publishing it on my website
e.) Sharing it with colleagues, friends, and anyone in my network who will support the book
f.) Using it in a future email when telling my contacts that the book is available for purchase

So that’s it for me. This month and into March, I’m going to keep chipping away, designing book jacket, re-writing those Kickstarter rewards, and building-out my platform. And what about you?  I’d love to hear from you. If you have tips, tricks, or questions about your own book and pre-launch marketing strategy, post to the comments section below!

Marquina
Do you have a plan in place to hit your 2019 sales goals? Get the Build Your Author Business Plan Course 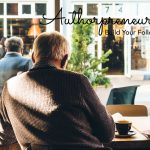 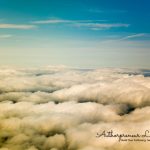